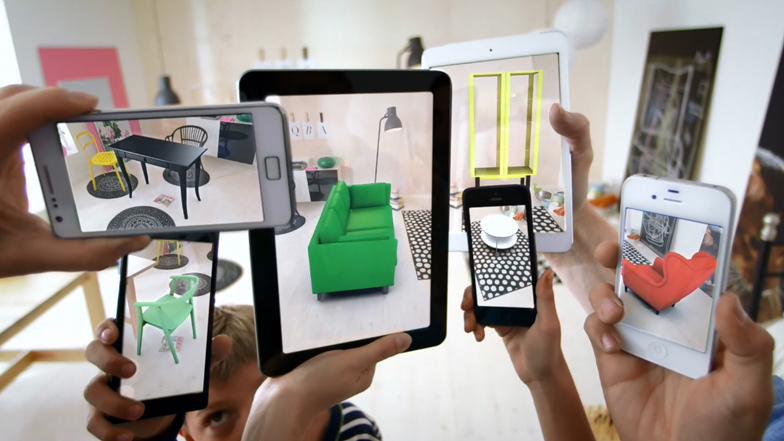 When we see a problem within our community or the lives of others, it’s easy to feel helpless for a moment. We consider the situation, how small we are in comparison to the world and simply turn a blind eye when the realisation is too much and our own micro lives start flooding back into centre stage. It takes a different kind of attitude to evoke change. Firstly, the individual or group must identify a who and how for their why. Over the last few weeks I have been uncovering insights into the injustices and inequities towards healthy living attitudes. In particular I have discovered the emergence of augmented reality and education systems to change worldly perceptions and attitudes towards healthy living.

Augmented reality (AR) is a term created by Professor Tom Caudell in 1990 (Lass 2015) to define a recreation of reality that has been altered with overlaid graphics. Unlike virtual reality, AR stands alone as it utilises real existing environments, allowing the audience to be connected and influenced to it, through the device.

One area AR is proving to be increasingly revolutionary is in the area of healthcare. ARnatomy (Carson 2015) is a term used to describe the emergence of these two sectors. HELPlightning is an ARnatomy concept that does just that. Utilising two screens, HELPlightning connects the camera data from one screen to the camera data of another screen, overlaying the two images and essentially acting like a modern day remote support system.

The system involves two users at it’s current development state, one who has a visual problem and a responder who has the knowledge but not access to be physically present to assist in the situation. The creators of HELPlightning, thanks to the statistics provided by the British Journal of Clinical Psychology realised the power of statistics and turned the discovery of nonverbal cues being 430% more effective than verbal cues into a design solution for existing problems.

Along with its direct application to healthcare and education, HELPlightning has the capacity to completely replace remote assist technologies such as those used on computer systems currently where authority is given to another party to do a complete system takeover. Potentially it could be used in long distance education, to make customer help lines quicker, and even save lives in remote areas where emergency medical assistance is not available. It works to maximise speed, quality, satisfaction and experience and minimise delay, cost and waste.