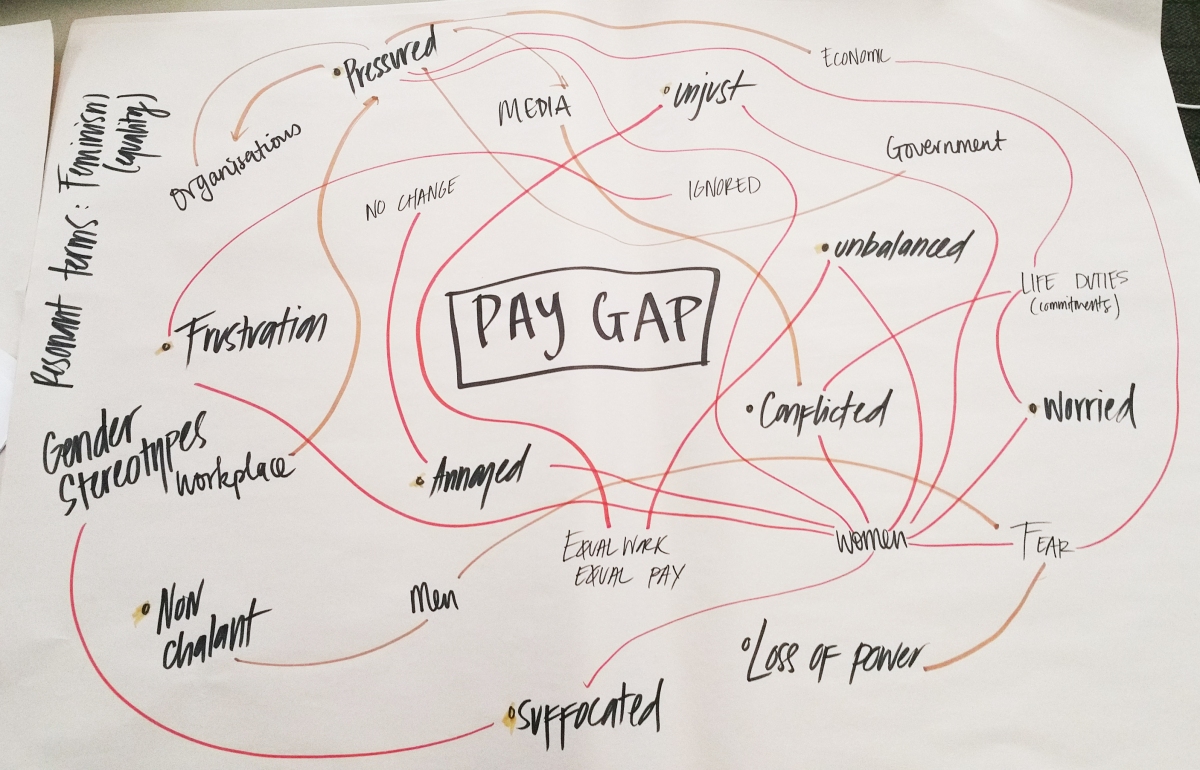 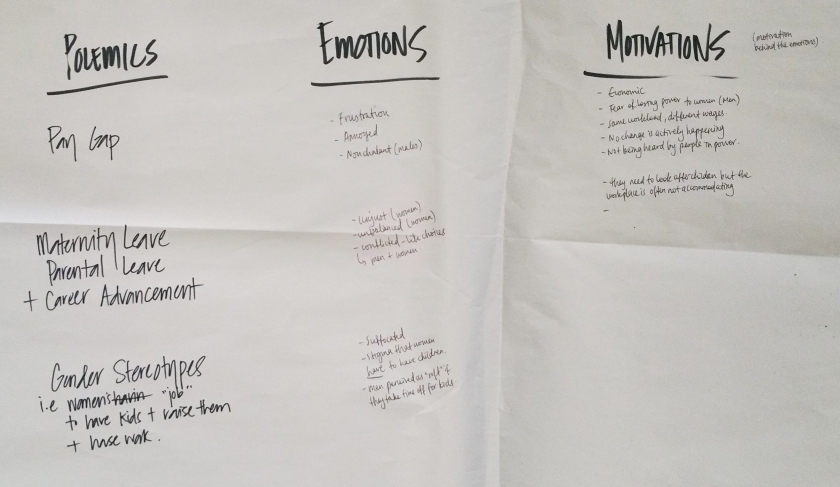 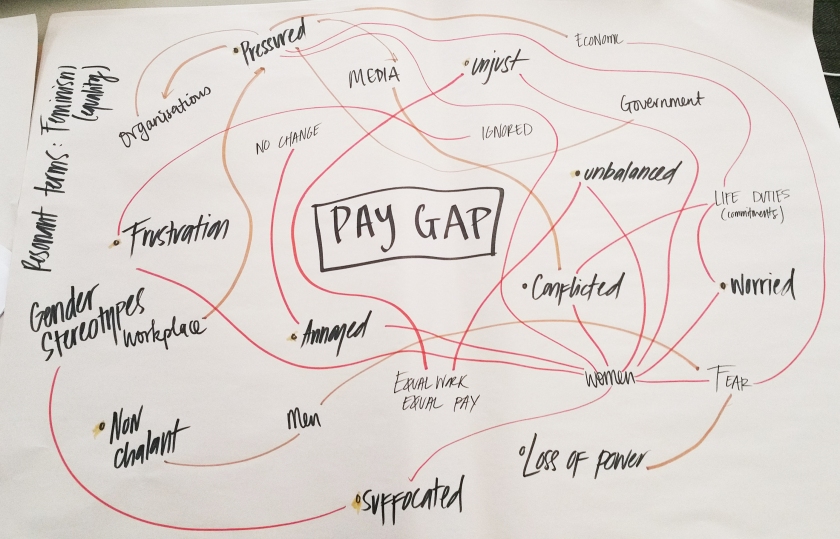 During this issue mapping exercise, I worked collaboratively with Natalie and we had similar points of views, so while brainstorming and listing things we were able to bounce-off each other and build upon what one person was saying. At the same time, we also challenged each other particularly in the ‘Polemics, Emotions and Motivations’ map, while we would mainly be thinking from the perspective of a Woman, each time one of us would pull up on this and ask ‘What about the Men? What’s their view on this?’. Looking back, I think this was crucial for us to do to each other, as what I’m really learning from the course of my research is that, it is about Men as much as it’s about Women. And if we understand this, how much of our demographic (18-25yr olds), also know this to be the case? The lack of education, awareness and understanding is very much part of the problem that fuels the misunderstanding of the resonant term: Feminism and Gender Equality – which Jackson Katz highlights:

“This is also true, by the way, of the word “gender,” because a lot of people hear the word “gender” and they think it means “women.” So they think that gender issues is synonymous with women’s issues. There’s some confusion about the term gender.”

Therefore, this could be the design problem I try and find a design solution for. I think the possibilities for action to create change is to include Men into the conversation by changing the perspective of these terms: Feminism and Gender Equality – away from what people perceive them to be i.e Women only or Man hating, and toward what they actually mean – equal opportunity for all.