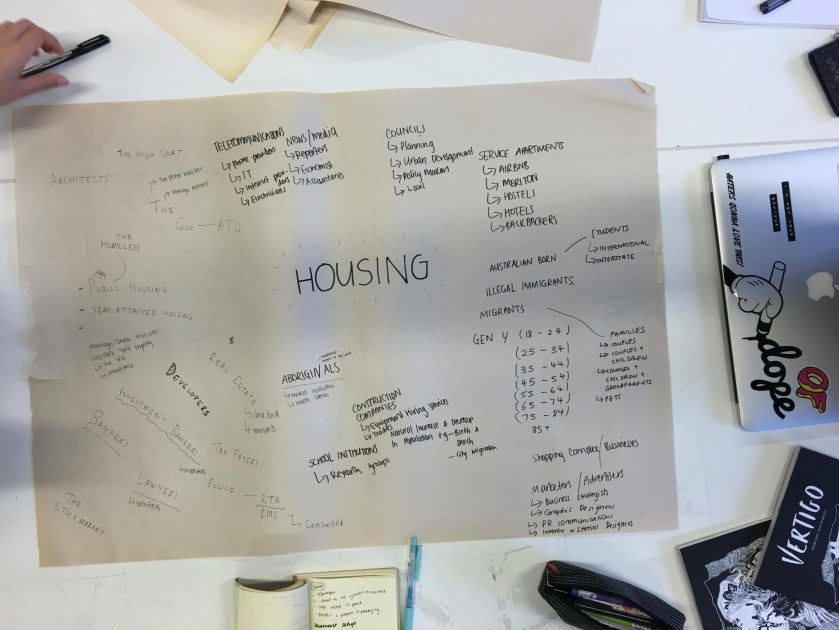 The above image displays the initial stakeholder mapping completed in the early stages of researching into housing affordability issue. Being in the early stages  of many of the group members had little knowledge on the housing topic let alone in depth stakeholders which partake in the housing affordability topic. Many of the stake holders were based around the everyday individual instead of companies and organisations that had different roles and positions in the housing spectrum. Many of which these would be discovered as we deepened our understanding of the issue. 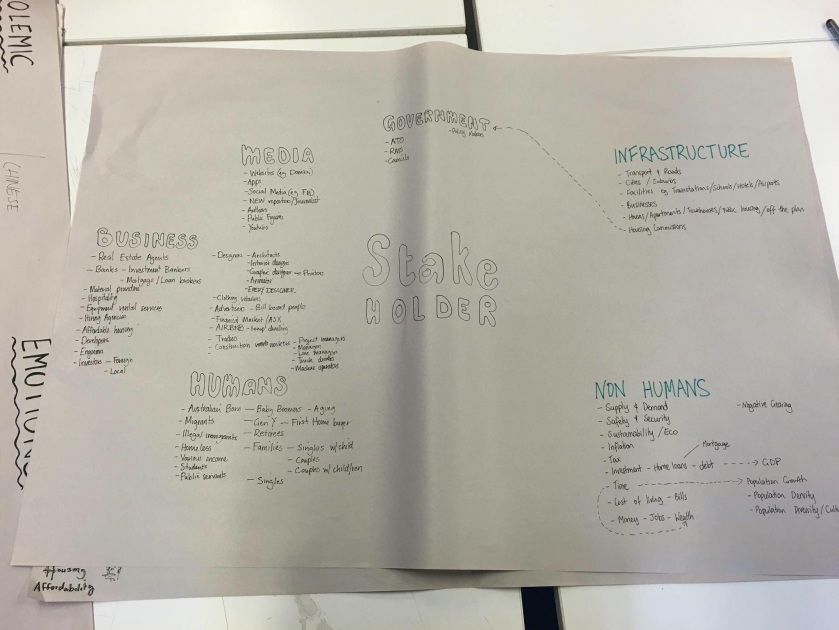 In this exercise, we revisited the stakeholders map after having a deeper understanding of the housing affordability issue through weeks of in depth research. In the initial mapping task, many of our stakeholders were based around individuals, for example the Australian population, and neglected majority of companies and organisations. In this revisited stakeholders map, we broke down the map into specific categories before going into on the actual stake holders. Categories including businesses, media, humans government, infrastructure and non humans. We started off with bigger companies/organisations  and broke down into small ones that had specific roles. Doing this allowed us to name more stakeholders instead of only having a grand generalisation of the stakeholder. A significant stakeholder that was introduced was non humans in the revisited map. These non human stakeholders included financial market, inflation and so on.

In this exercise we looked into polemics’ of housing affordability and the emotions that every individual may encounter when facing such issues. Never looking into these issues, this exercise enables me to learn how other individuals may feel and possibly our differences in emotions when facing them. Many emotions that came up in this exercise was stress, anger and depressed/sad. Having the many emotions of stress, anger and sadness describing the housing affordability issue, it puts the issue in perspective of everyday individuals and how it affects the population/community.