Exploring the issue of social inequality is very broad, but it is a path that encapsulates my interests in looking at problems holistically. Being grouped with people exploring gender as their issue, I see common strands through out our exploration. I wanted to look more directly at political extremism, however when delving into foci, we can see that the stakeholders are rather similar across the board for a lot of issues; it is just how they interplay in each scenario. 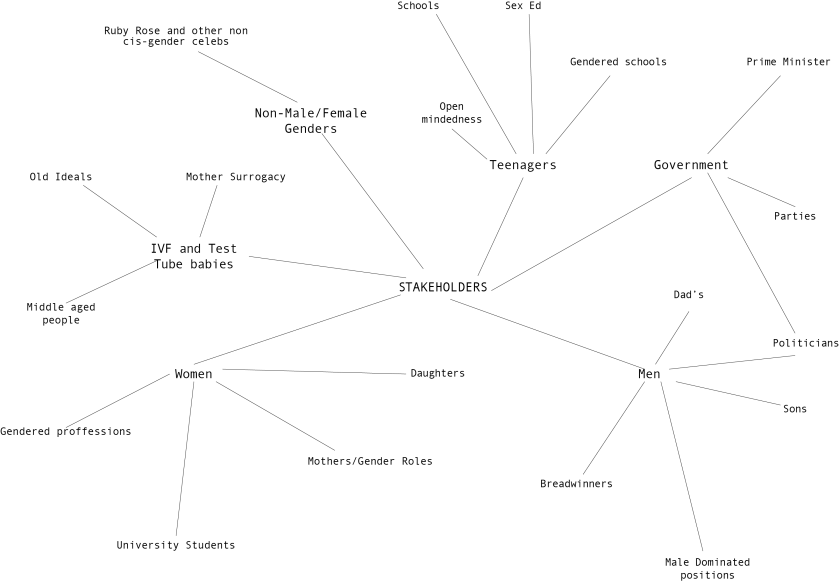 From the outset there is a clear gender division, with women being on one side of the flowchart and men being on the other side. While there is mention of non-cisgendered people, they fall between the two major groups. Whilst not sitting comfortably, their recognition represents the spectrum of gender and sexuality often unacknowledged in everyday discourse. It is amazing to have celebrities like Ruby Rose and other people who outspokenly advocate for gender equality, and issues relating to feminisim – though they are often overlooked in the scheme of things. Young people are quite a marginalised group. It would appear that most of the participants listed are fringe or marginalised groups. Though when mentioning politicans and male dominated positions do we think about a channel of power.

When mapping non-human stakeholders, there are more clearly defined channels of institutional power at hold with more complex and entangled relations between each entity. While it goes without saying, there is something almost inhumane about the actions and behaviours of some of these mechanisms in place. One can see a slightly morbid and a few horrific things being explored when trying to investigate larger bodies and concepts. Essentially, what I got out of this exercise was that the bigger or more complex the relation ship web, the less liable or accountable everyone in it is. There is a scale of humanity and responsibility related to the complexity and inter-relations within an issue web. 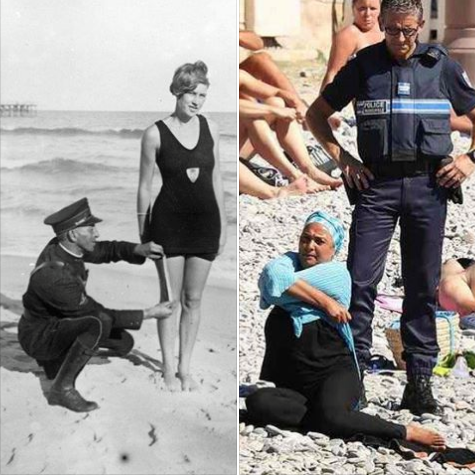 In light of recent events, it is important to address what is happening to Muslims in the media and on the streets. Primarily against women as they are more visible in wearing clear markers of their faith. There exists a constant rhetoric against Islam, arguing that they are a backwards religion which treat women unfairly. However, that is not necessarily true with women wearing certain headwear and garments out of choice. What the issue relating to this image here, is the phenomena of social discourse playing out and controlling of womens’ bodies and choices.

The notion to conflate Islam with terrorism, has been highly evident in mainstream and right wing media sources in the last several decades. This particular image may be associated with the Taliban but this image does more harm than help to raise awareness of potential terror threats. Along with that, it also conflates immigration with terror threats – another powerfully harmful sentiment that governments can use for political gain

Trump is notorious, for being someone who condones violence openly speaks against ethnic minorities. A recent study actually showed that his speeches carry no information when looking at things from a linguistic point of view. The excitement in the woman’s face is undoubtedly amusing, with Trump having fostered a godlike presence.

A provocative image of the late artist kissing Mohamed the prophet. The image is intentionally inflammatory for Islam’s rule against depicting the prophet. While on the surface, this image seems to be a harmless bit of tongue and cheek, in this instance the artist has used progressive ideals as a weapon against a religious minority.

Hate group Westboro are notorious for their opinions and admired for their colourful and decorative signs. Their outlandish statements are more laughable than anything to take them as serious threats though it provides room for though  – what if they were an ethnic minority making those statements and would we be taking these words as serious threats? 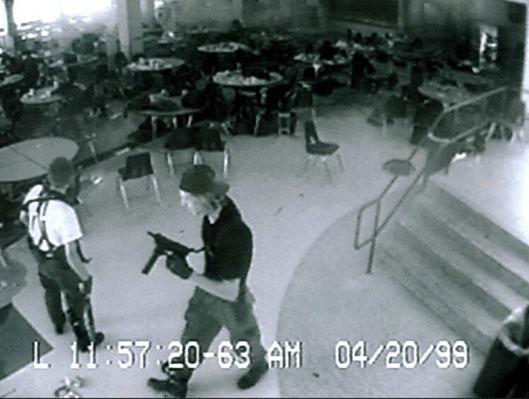 This still is from a CCTV camera during the Colombine shooting, one of America’s most landmark events. The American media has a tendency to overlook violence, not looking at the actual source of the problems and even claiming that people have the choice to defend themselves.

The Anti-Austerity Movement in the UK in response to governmental cuts to publicly funded programs. This image goes to show the intersectionality of marginalised groups being all rounded affected.

This image of a homeless man next to a bank is more of a symbolic inclusion to have this image. A study was done in America showing that homelessness actually costed a nation more than to actually spend money on housing them. So why does this continue? Wouldn’t it be better to just house and help people regardless of whether it’s profitable or not? Just the idealist in me talking

A meme which I do not necessarily agree with however I decided to include it as a talking point. While it aims to make fun of the more ‘hardcore feminazis’, it raises the question as to whether male spaces to talk about issues is necessary. There are pressures and gender expectations that exist for men, and while they may not be the same or as hard as some of the struggles of women, that does not discount the fact of their need.

A good way to end this blog post is an image which summarises my topic very neatly. The image addresses how people conflate equity with equality which are not the same things yet people too often glaze over existing factors which privilege certain individuals.