POST 3: Mapping the participants (human and non-human) and constructing an image archive 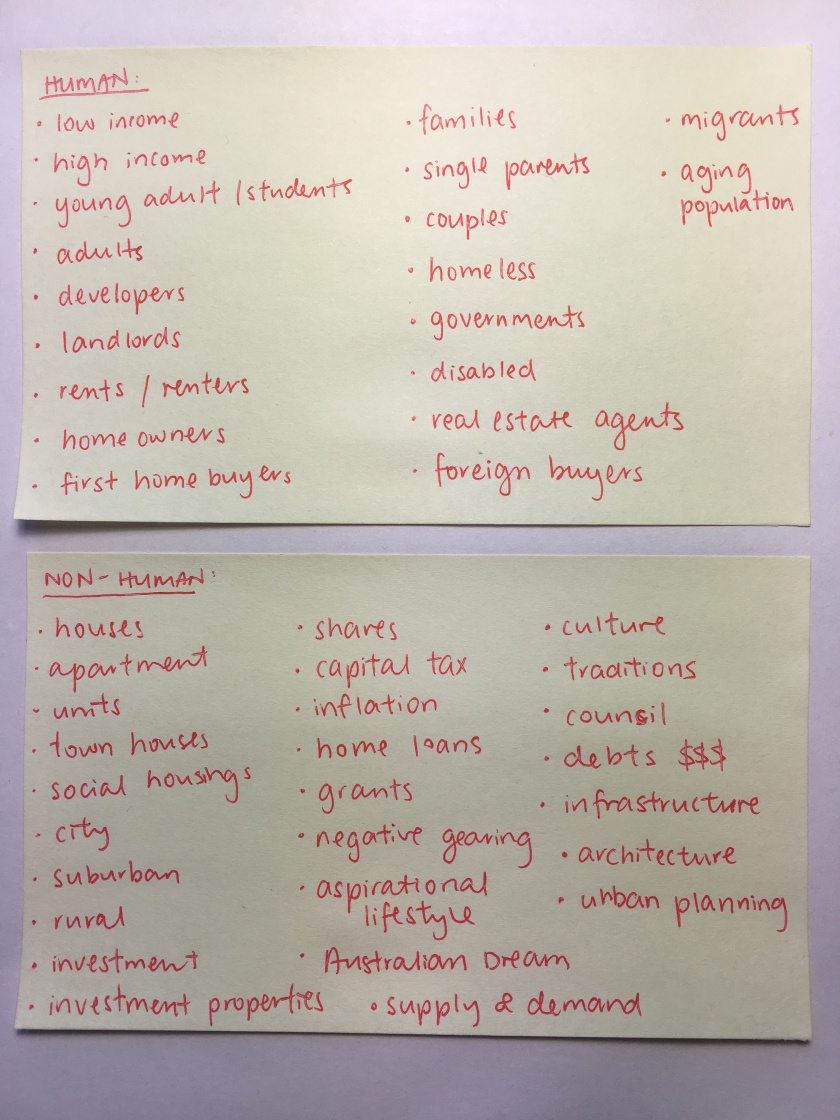 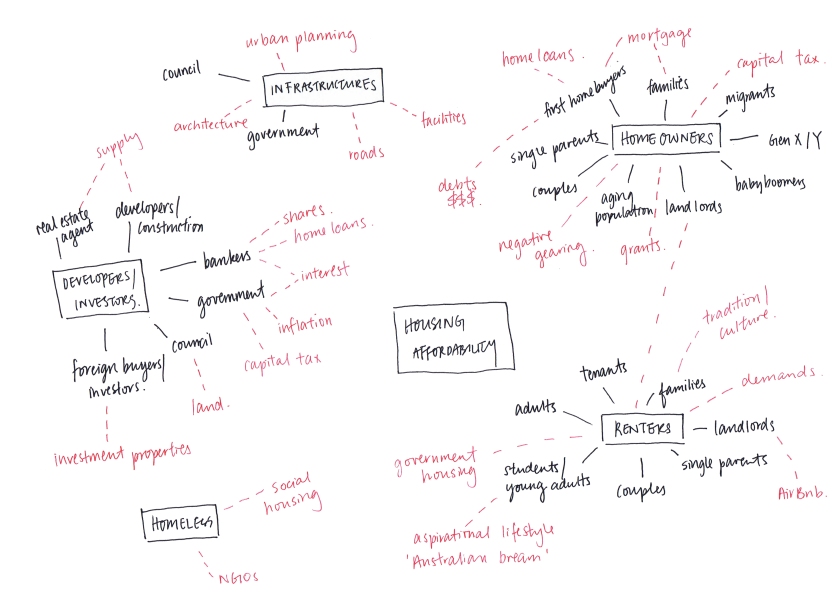 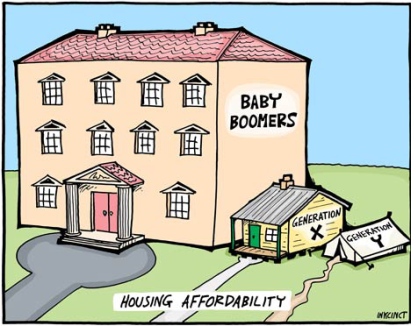 fig. 1 and 2 —reading about housing affordability

Inkcinct cartoons, is a platform of social and political feature and pocket cartoons with a slightly black and obscure indications. They are drawn on Australian and world issues but from an Australian perspective.

The illustration  on the right, shows a man, who is homeless, reading the newspaper that states “housing affordability at a new low”, this is to address Australia’s housing affordability crisis.This image was accompanied by an article in a newspaper, based on the budget cut in 2014 with the National Rental Affordability Scheme. It is showing that there is a new level low, where people are becoming homeless due to this crisis, how many people would be made homeless by the cumulative effect of budget cuts? With this budget cut it is forcing more and more people onto the streets.

The image on the left, shows the degrading of the houses each generation can afford. Baby boomers are usually referring to the older generation, where they “have it all”, many benefited from free tertiary education and relatively low housing costs. Hence, they have more of an opportunity to purchase a bigger house proven in the cartoon. Generation X is considered as those who had to work hard for a living and supporting family, this generation is our parents generation, working hard but can only afford a small decent house as an act of shelter for the family. Gen Y, us, we are having trouble affording a place to purchase and even rent, the picture depicts that Gen Y are more likely to afford to live in a tent. 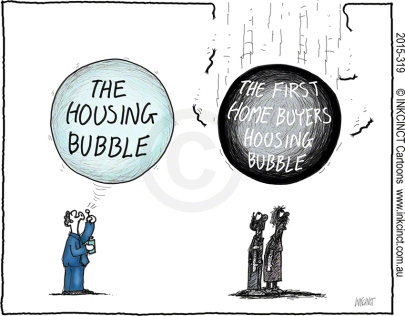 These two images shows the difference between housing investors and home buyers, and their position within this crisis. They are very contradictory imagery, as in both images the man on the left is blowing a bubble that says “housing bubble”, this is reflected through the notion of just blowing bubbles, the simple action in their sense seems a lot easier than those on the right of the images. Australians seemingly unaware how destructive a burst housing bubble can be, and the threat of a burst housing bubble in Australia is still hypothetical the impact of the current housing bubble on first home buyers is both very real and strong.

“Imagine Living Here”, in this image the message can be interpreted in different ways, it is a play on message. There’s nothing more important than having a home, but Australians are finding it hard to get a place they can afford, whether they’re renting or buying. The sign is to poke fun of those who are struggling to find a place to live.

For many people, those living in dense urban centers, living in anything more than a studio or one-bedroom is a choice that has much more to do with preference in lifestyle than affordability. There seem to mistake the choice to live in trendy, highly-accessible areas, in homes more spacious than we need, as an external burden being placed upon us. This burden often comes with the choice of  personal transportation as well. 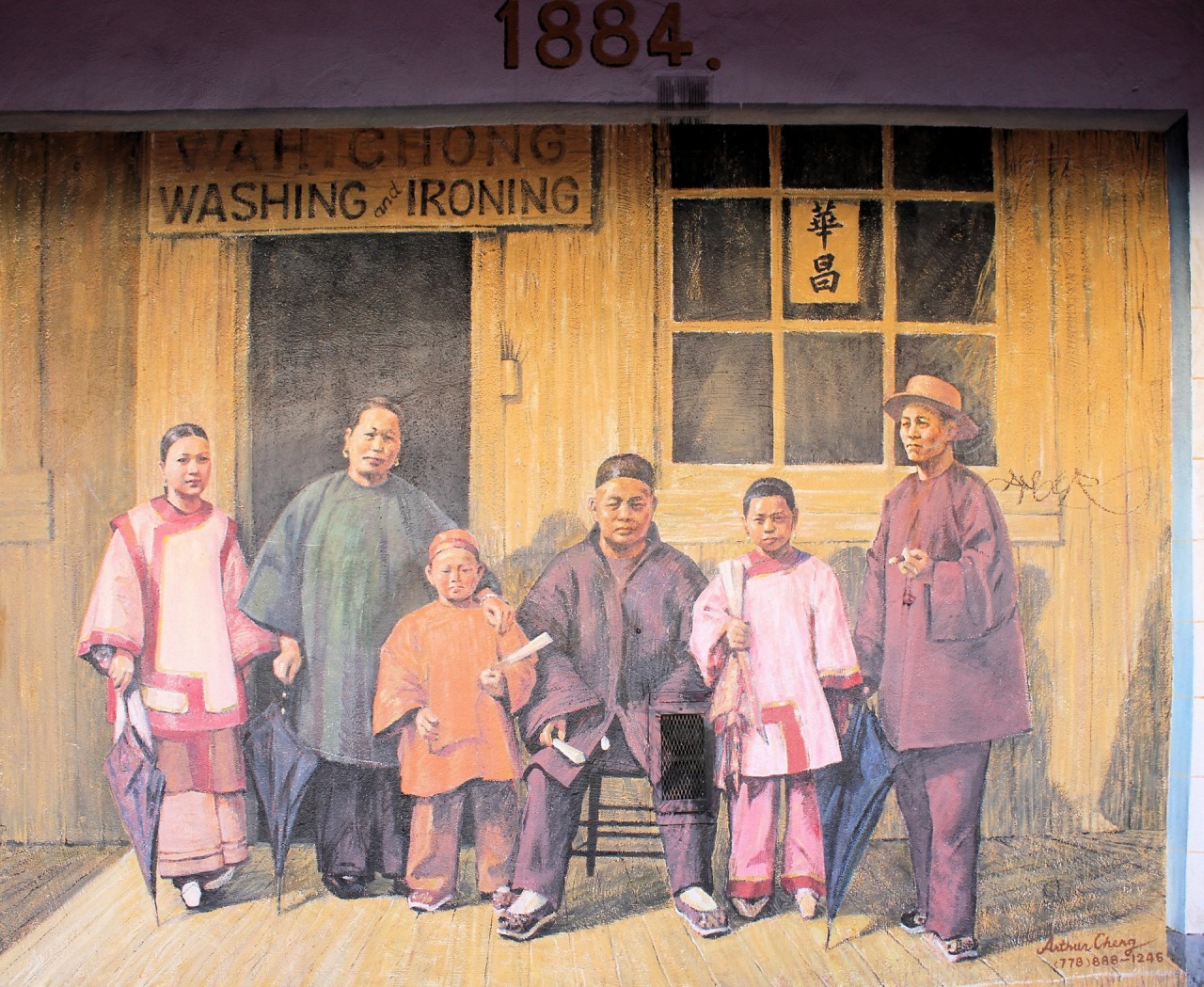 One of three historical murals in Vancouver’s Chinatown, it is created in 2010 by Shu Ren (Arthur) Cheng. This mural is called, “1884” depicts the Wah Chong family outside their laundry business on Water Street and is a replicate of the original photograph taken by Major James Skitt Matthews (1878-1970). This was when the gentrification and housing affordability in Vancouver had started to increase, caused by the alleged economic influence of so-called “foreign buyers”.

This shows how demographic is separated by the wealth of each individual. This can be applied in many issues in Australia, but with housing affordability it is also a divisor, where the rich lives in the richer areas (city area/North Shore) and the poor lives in poorer areas (Western Sydney). 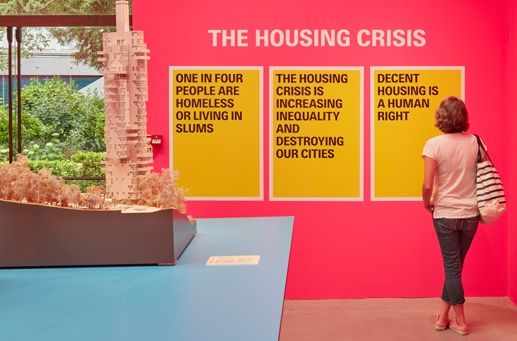 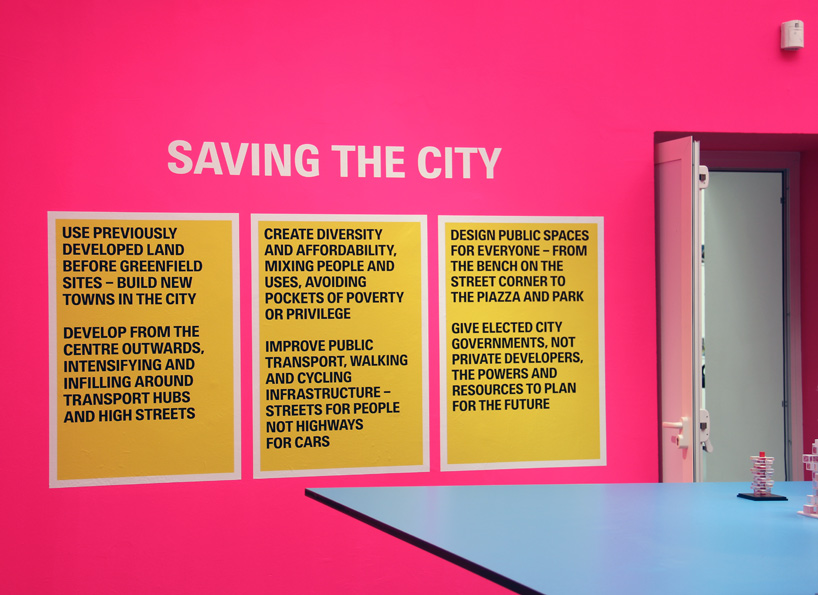 “Saving the city” was exhibited at Venice Biennale by RSH+P (Roger Stirk Harbour + Partner) a sustainable architecture design firm in London. They made bold coloured graphic posters for the walls. They had created two different set of posters, one was information and statistics about housing crisis that is situated around the world, and their belief on housing affordability— decent housing is a human right.

Not only it talks about housing crisis, another set of poster highlights the information to what they believe would save the city, through a sustainable manner and informing audience to understand what needs to be done.