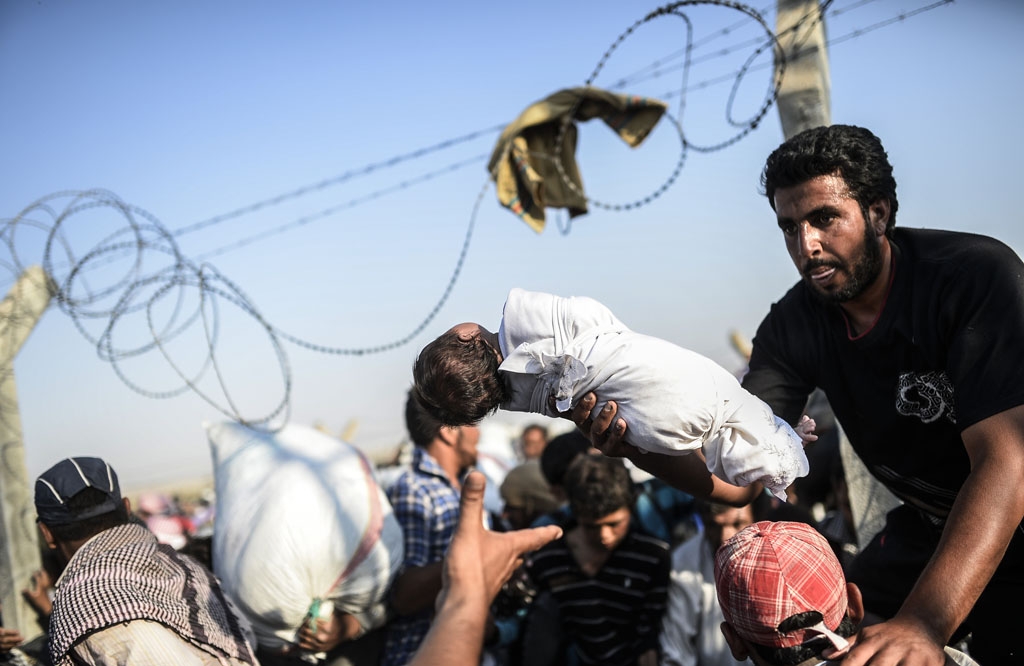 Writing in New Matilda, McLoughlin (2016) is positioned with a strongly negative view of current Australian government policies toward asylum seekers and refugees. New Matilda has a history of reporting on refugee issues with a perspective anchored on the ‘left’ of progressive liberal media. Additionally, this article in particular makes explicit reference to an opinion piece published some days before in the same publication by David Berger (2016) concerning the “case for comparing elements of Australian asylum seeker policy with aspects of Nazi Germany.” Liam McLoughlin extends this line of thought to an analysis of Hannah Arendt’s reflections on evil as they apply to the foundation of decisions and responsibility of political decision-makers that have overseen Australia’s offshore detention regime. The crux of the discussion is the idea of thoughtless evil – the inability, or unwillingness, of decision-makers to think critically about the actual human impact, and suffering, of their actions. This then extends to the responsibility of the population that supports or ‘allows’ these conditions to persist,

“in the Australian context, barring notable exceptions like the refugee movement and the Greens, these crimes are “accepted, routinised and implemented without moral revulsion and political indignation and resistance”.” McLoughlin (2016)

McLoughlin (2016), discussed above, in discussion about the Australian population’s support of the monstrous treatment of asylum seekers, references an opinion poll from January 2014, which suggested Australians wanted some asylum seekers treated even more harshly than they were at the time. Philip Dorling (2014) covered this poll for The Age newspaper and broke down additional findings of the poll which give insight into why these views might be held and by whom. This article is much more like a list of facts than some of the other pieces I considered, but what is obscured by the straight-forward reporting is who commissioned, as opposed to conducted, the polling as well as the position served by the selection, ordering and positioning of information within the article and its place in the newspaper.

The key findings of the opinion poll being reported by this article were that “A strong majority of Australians, 60 per cent, also want the Abbott government to “increase the severity of the treatment of asylum seekers,” and that “59 per cent of people think most boat arrivals are not genuine refugees.”

There are two issues to unpack here.

First, bearing in mind offshore detention centres and their attendant abusive conditions were in full operation in January 2014, with Scott Morrison as Immigration Minister, this constitutes an indication, at the very least, that if asked in a certain way, most people in Australia condoned punitive treatment of individuals who have not been convicted of any crime.

“In my entire career of 43 years I have never seen more atrocity than I have seen in the incarcerated situations of Manus Island and Nauru.”

This extended report (Doherty & Marr 2016), detailing the account of Manus Island and Nauru immigration detention centres by Paul Stevenson, a trauma expert, gets to the heart of the conditions Australia imposes on asylum seekers detained in offshore facilities by exposing the practical details of the abusive conditions and the mental state of detainees. It also goes to the question of how staff at these facilities can oversee this abusive operation on a daily basis, providing insight into the dehumanising working conditions they are employed under which contributes to a culture where neglect and abusive can thrive.

Importantly, The Guardian details up front in this report the bias and position of the source of this report, as well as the professional expertise that enables him to provide the information. Paul Stevenson is documented in the article as president of a branch of political party, the Australian Democrats, and it is acknowledged that the context in which Stevenson decided to come forward was during an election campaign in which he was a candidate.

“The impact that it has over time on the asylum seeker is … a kind of demoralisation syndrome… they have no control over their lives, so people relinquish control, and they vegetate, they start to get into this dissociative vegetative state that we know is very common with trauma, and then everything suffers.” – Paul Stevenson (Doherty & Marr 2016)

This article by Michael Gordon (2015) in the Sydney Morning Herald details the comments by the United Nations High Commissioner for Human Rights and the precipitating report by Amnesty International that both condemn in strong terms the Australian treatment of asylum seekers and refugees.

In referencing this article, it is worth considering the history of the Sydney Morning Herald’s coverage of this issue, which I would characterise as chequered insofar as they have editorialised against some of the most egregious examples of treatment of asylum seekers, but supported the government’s policies, or propaganda, at other points.

The significance of the comments reported in this article should not be understated. As a signatory of the Charter of the United Nations, the Convention on the Rights of the Child and the Refugee Convention, Australia has specific international responsibilities which it stands accused of neglecting, even as it neglects individual asylum seekers.

“The comments by Mr Zeid follow his accusation that Australia has committed a “chain of human rights violations” in its treatment of asylum seekers when he became the United Nations High Commissioner for Human Rights last September. They come after Australia was singled out for stinging criticism in a report by Amnesty International proposing a “paradigm shift” in the response of world leaders to “the worst refugee crisis of our era”.” (Gordon 2015)

Fleeing through the eye of a needle, Bülent Kiliç – AFP Correspondent

The final news item I’m looking at here, from AFP Correspondent, is a photo essay from June 2015 documenting one point in the exodus of people fleeing Syria at the Turkish border. Kiliç (2015) describes his first-hand observations at a point on the border that was closed near the Syrian town of Tal Abyad.

“Things started to take a dramatic turn on Saturday, June 13. We were driving near the border searching for refugees, when we heard that a lot of people had appeared near the crossing in Akcakale. We headed there to see a huge crowd massing in a field in the scorching heat – with Turkish forces using water jets and firing shots in the air to keep them from the fence.”

This article is a useful counterpoint to the other perspectives here because it provides the context of a view from the point where people are fleeing. Kiliç (2015) goes on to document the appearance of ISIS fighters who tried to corral people back to the closest Syrian town and how people “came flocking right back” once they had left. The flashpoint of the photoessay is when people finally start breaking through the border fence and people on the Turkish side rush to their aid, documented through the dramatic images showing children being passed through fences and people crushing through and over barbed and razor wire barriers.

Featured image: Kiliç, B. 2015, Fleeing through the eye of a needle, AFP Correspondent, viewed 1 Aug 2016, <https://correspondent.afp.com/fleeing-through-eye-needle&gt;.